Home / Why did the world say goodbye to the old Incandescent bulbs?

Why did the world say goodbye to the old Incandescent bulbs? 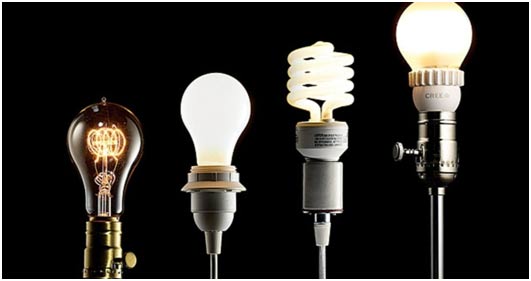 Do you remember the 60 and 40 Watts Incandescent bulbs that used to be the only major luminaries out there until the mid 2000s? The only thing that came next to bright and shiny yellow bulbs happened to be tubelights. It’s an important part of our childhood days but today none of those bulbs can be seen around. So what actually changed? The answer is obvious yet interesting.

Let’s have a look at the 2 major reasons behind this revolutionary change:

A detailed comparison between incandescent bulbs and LEDs

The driving force for this major change was the inefficiency factor. Incandescent bulbs waste almost 90% of the input energy as heat. This means that the end user got to use only 10% of what he spent while buying one bulb. Furthermore, it created a strain on the environment with respect to the treatment of the waste material and the short lifespan of these conventional bulbs.

Consequently in the mid 2000s, the Energy Independence and Security Act (EISA) was signed by the then American President George W. Bush. After this, the end users in the US began switching to better options. The rest of the world also started the transition soon.

It was the same time when the CFLs came into existence and then later the LEDs came into picture. The LEDs came emerged as the more efficient replacements. Over the past 2 decades or so, the lighting industry has seen a major progress in terms of energy efficiency.

In today’s world where everything is turning into a hi-tech arrangement, how can the lighting industry be left behind? The old incandescent bulbs used to be a lot more rigid and had limited scope. There weren’t many options apart from the wattage. But people wanted more value for their money.

In the current scenario, there are several options when it comes to the utilization aspect. There are cool, warm, and natural lights so that you can light up your space as per your needs. There are smart lights, colorful lights, and what not.

The conventional bulbs gave no importance to the environmental concerns. However, gradually when it was realized that the harmful radiations are causing problems, companies started creating more options. Owing to the rise in pollution, it became evident that it was time to switch. Eventually, the term eco-friendly got hyped and the outcome was the introduction of eco friendly luminaries.

As mentioned above, the incandescent bulbs didn’t perform well and people didn’t enjoy the value for money which they were spending. These bulbs not only increased the bill amount but also wasted most of the energy in the form of heat. Due to such obvious reasons, people got rid of incandescent bulbs and began fitting the newer and better lights.

Being a pioneer in the lighting industry, Murphy has witnessed all the major stages ranging from the incandescent bulbs to the modern eco-friendly luminaries. We adapt with time and present to you the products that fit all your needs. Because change is the only constant and we are always ready to change for the good.